Elmina is a fishing port on the south coast of Ghana, in West Africa. It’s known for its beaches and for its role in the former transatlantic slave trade. Elmina Castle, built by the Portuguese in 1482, was a base for trading slaves, gold and ivory. The 17th-century Fort St. Jago was used by the Dutch to attack Elmina Castle. The Elmina-Java Museum records the recruitment of Africans into the Dutch army.

Elmina, also known as Edina by the local Fante, is a town and the capital of the Komenda/Edina/Eguafo/Abirem District on the south coast of Ghana in the Central Region, situated on a bay on the Atlantic Ocean, 12 kilometres west of Cape Coast. Elmina was the first European settlement in West Africa and it has a population of 33,576 people.

Prior to the arrival of the Portuguese, the town was called Anomansah (“perpetual” or “inexhaustable drink”) from its position on the peninsula between the Benya lagoon and the sea.

In Elmina you can find Fort Sint George which was built by the Portuguese in 1482. Initially, the fort served as the first trading post built in the Gulf of Guinea. Later, the fort started to serve as one of the most important stops on the route of the Atlantic Slave trade. This use was continued under the rule of the Dutch, when they seized the fort from the Portuguese in 1637. This continued until 1814. The fort found a new purpose when it became a possession of Great Britain until the independence of Ghana in 1957, after which we are now able to visit the fort as a World Heritage Site.

Elmina has another interesting site to go see, Fort St. Jago. This fort is a small chapel, built by the Portuguese in 1652 in honor of Saint Jago. It is situated exactly opposite of Elmina Castle, as its main goal was to protect the castle from attacks. Fort St. Jago was ceded to the British in 1872, when the Dutch gave up the entire Gold Coast. 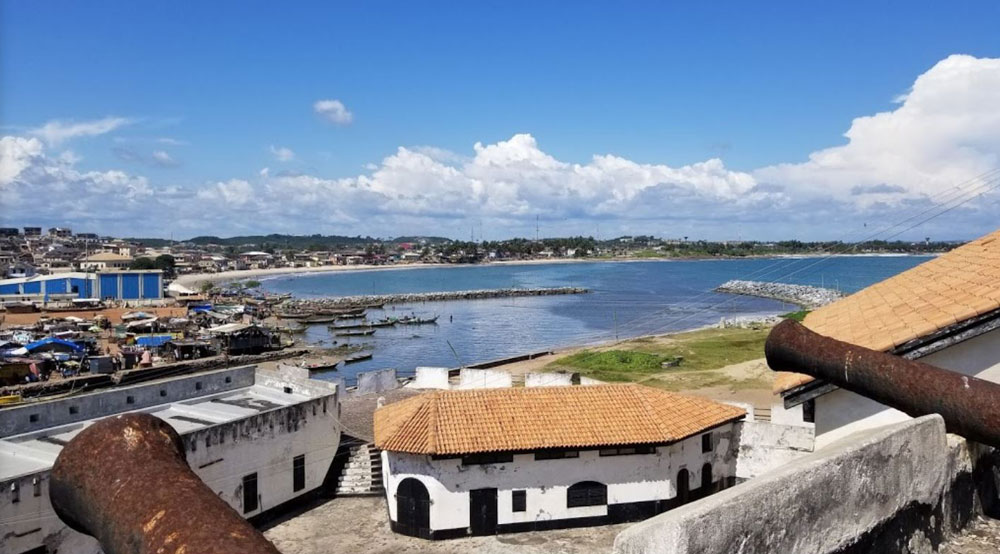 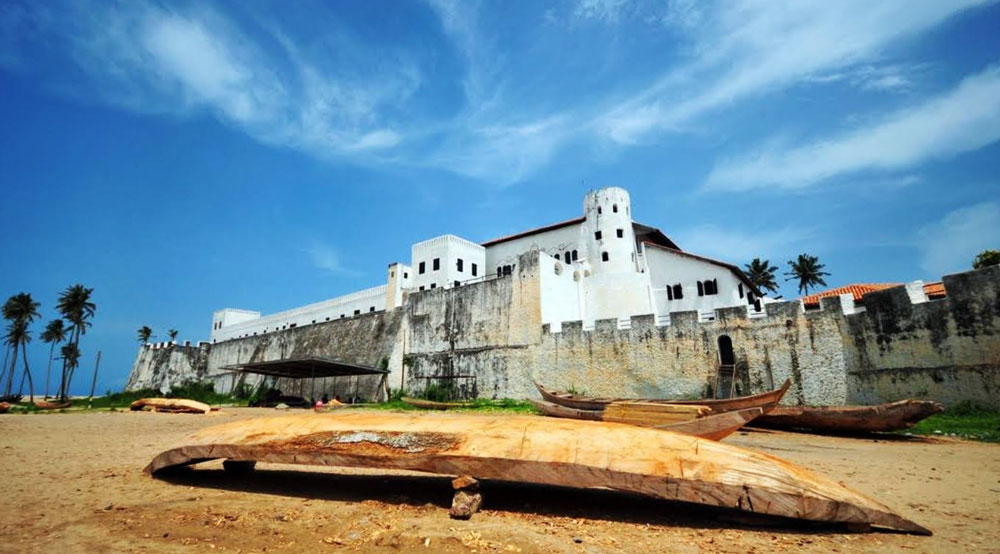